In this post we are going to see how to perform SQL Clustering on Linux.

Unlike windows in Linux we need to make use of third party software's like pacemaker & corosync to perform clustering.

As the diagram below shows storage is presented to two servers. Clustering components - Corosync and Pacemaker - coordinate communications and resource management. One of the servers has the active connection to the storage resources and the SQL Server. When Pacemaker detects a failure the clustering components manage moving the resources to the other node.

Note:At this point, SQL Server's integration with Pacemaker is not as coupled as with WSFC on Windows. From within SQL, there is no knowledge about the presence of the cluster, all orchestration is outside in and the service is controlled as a standalone instance by Pacemaker. Also for example, cluster dmvs sys.dm_os_cluster_nodes and sys.dm_os_cluster_properties will no records.

I will provide you a high level overview of how to carry out this & divided this in to 5 parts.

We should have 3 machines 2 machines with SQL installed & which we treat them as nodes. The other one would be NFS(Network File System) Server.

I made use of Oracle Virtual box for performing this.

1) Install SQL Server on the 2 machines (ubusqlclnod1nfs, ubusqlclnod2nfs). I am not going through in detailed fashion as you can find the same in the below link.

2)For the purpose of configuration I designated one node as primary(ubusqlclnod1nfs) and the other as secondary(ubusqlclnod2nfs).

3) Backup Synchronous Server Master Key (Since SQL Server is run by local user mssql in Linux, different nodes can not authenticate other nodes, so you need to back up the synchronization key from Primary to other nodes so that it can succeed Decryption Server Master Key):

4) copy the machine-key from the primary to secondary. Below are the commands to perform the same. However I faced issues when making use of SCP hence used WINSCP. We need to make use of chmod even when we make use of Winscp otherwise you will get Permission denied error.

FYI...we don't get SSH by default we need to install it on the machine using
sudo apt install openssh-server 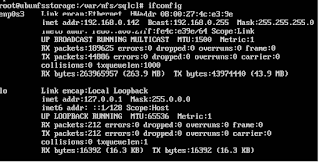 5) check whether the file has copied on to secondary folder. you should see 2 files over there & ensure you make the owner as mssql by using below command.

6) create a sql login user for pacemaker process on primary side to run sp_server_diagnostics. We can treat this as NT Authority\System which runs on Windows machine. There is no need to grant sysadmin permissions however to avoid any surprises I had given sysadmin. It is just enough grant to view server state permissions.

start the services on primary: systemctl start mssql-server.
connect to primary & run the below commands:

Part-2 will provide you the details about sharing the NFS.

Hi Folks, I am writing a series of posts on AdventureWorksLT database which can be downloaded from the link  AdventureworksLT2012 . I downloaded 2012 version from it. The main theme of this is to help the beginners to enhance their T-SQL capabilities on a phase by phase manner.  This will be in Q & A format. Note: These are available on the internet but not available at single place hence I made an effort to bring them all together. 1. Retrieve customer details Familiarize yourself with the Customer table by writing a Transact-SQL query that retrieves all columns for all customers. SELECT * FROM SalesLT.Customer; 2. Retrieve customer name data Create a list of all customer contact names that includes the title, first name, middle name (if any), last name, and suffix (if any) of all customers. SELECT Title, FirstName, MiddleName, LastName, Suffix FROM SalesLT.Customer; 3. Retrieve customer names and phone numbers Each customer has an assigned salesperson. You must w